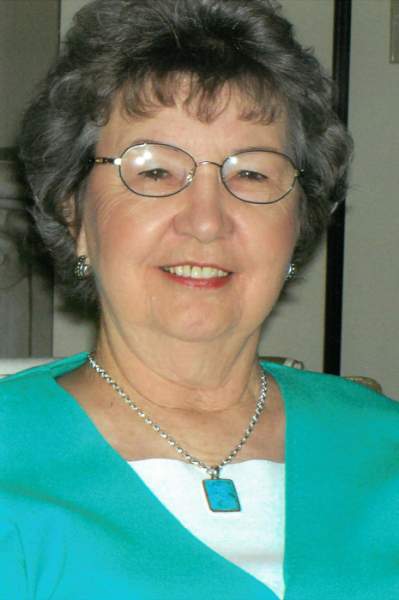 Mary Sue McLeod Greenwood, age 88, passed away February 7, 2022, with family at her side. She was born in Banks, AR on April 29, 1933, to Jesse Malcolm McLeod and Bessie Hines McLeod, and was the youngest of eight children.

Mary attended twelve years of school in Banks, AR. Upon graduation from high school, she moved to Vernon, TX to marry her sweetheart, John Fred Greenwood on June 2, 1952. John was in the Air Force and stationed at Sheppard Air Force Base in Wichita Falls, TX.

During their 69 years of marriage, John and Mary Sue raised four children in Iowa Park, Texas; Brenda, Linda, Stuart, and Gail. With their newfound spare time in retirement, they enjoyed cross-country motorcycle trips, camping, and traveling the country by car or motor home.

Mary Sue worked at several companies in Wichita Falls. She was last employed by Barnard Insurance. After retirement, Mary Sue volunteered at First Step for ten years. She loved her co-volunteers and enjoyed the time they shared together.

To share a memory or to leave a special message for the family online, visit www.cozine.com.

To order memorial trees or send flowers to the family in memory of Mary Greenwood, please visit our flower store.