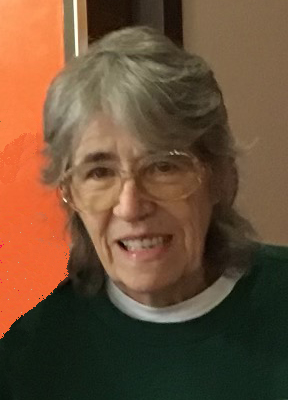 Mary worked for The Coleman Company in the blowmold department with plastics. After 25 years she went back to school for computer repair. Mary graduated from Butler Community Collage with her Associates Degree. Spent some time working for Dillons before finally retiring.

Mary was an outgoing and loving person. She enjoyed spending time with friends and family. Mary also enjoyed meeting new people and making them feel accepted. Mary had a strong relationship with God. She would spend many hours a day in prayer. Mary had a litany that her family and many friends. Mary was also very quick to offer prayers to anyone who needed them.

After several days in the hospital, Mary passed on January 24, 2023.

Mary was born July 7th, 1948 in Salem Oregon to Charles and Dorothy Stewart, both preceded her in death. She was also preceded in death by her son Christopher Davidson. Survivors include her sons, Richard Davidson, William Davidson, Patrick Hay and his wife Bridget and their children, Evelyn, Ethan and Emma Hay. Her sisters Jeanne Stewart, Peggy and husband Frank Kolo, Patricia and husband Terry Nystrom. Her Brother Rob and husband Ken Stewart also survive her.