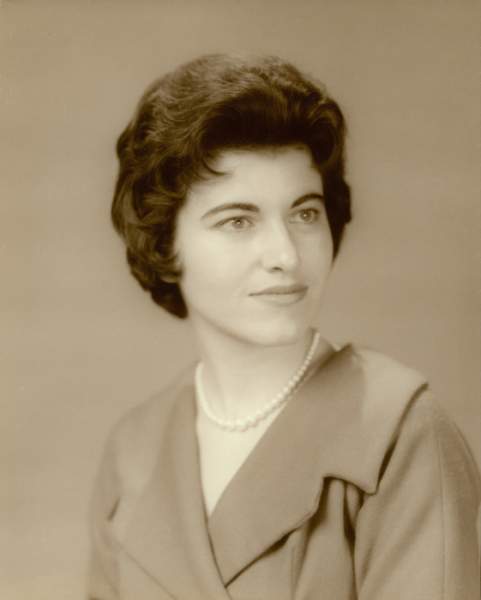 In Loop, Texas, the 27th of May, 1936, M. Christine Willis was born to Milton Elmer Willis and Pauline (Mack) Willis.  She was the oldest child of four who would be born into the Willis household, a place where  faith, church, love and determination were the examples set by her parents. Christine was surrounded by those who lived Christian lives, loved the Christian scriptures and believed in the power of prayer.  Her growing understanding of a promised resurrection was to become the foundation of how she accepted her faith and how she lived it. Ultimately, Milton and Pauline moved the family to Kansas to seek new opportunities.  First to Dodge City, then to Wichita.

In Dodge City, Christine came into her own as a vocal soloist and violinist who transitioned to the viola. She held first chair with the Dodge City High School Orchestra  as well as their talented string quartet.  Both groups  earned top ratings and thrived at state music competitions. Her performances as a vocal soloist garnered attention as well. These were fruitful years for sharpening  Christine’s musical skills and knowledge.

It was in Wichita that Christine became the first of her immediate family members to go to college.  Initially, she attended what was then Wichita University, transferring later to Friends University. Soon she was busy with orchestra performances and the Singing Quakers, with whom  she was both a chorus member and a frequent soloist. She had fond memories of these years, studying, performing, and while working downtown at Innes Department store.  She excelled at Innes, where one manager had hoped she would accept his offer to become a buyer for the store.  Wisely, she remained committed to her education.

Of course, Friends University also brought many life-changing people into her world.  One such person was Jerold Wesley Vogt (Jerry).  Jerry was the student council vice president and the “Campus Candle” columnist for the school newspaper.  Years later he would tell of hearing Christine sing for the first time. Of all things, at a Singing Quakers concert, she was singing her solo from a swing suspended from the stage ceiling! She was wearing a beautiful red dress. He was hooked!  She noticed that Jerry lived his faith, was well-respected on campus, and not bad looking, either. In  January of 1960, they went on their first date which led to many.  On one such occasion she had to “confess,” to break the difficult news to Jerry that she was at least 2 years his senior.  To no one’s surprise,  they married in June of 1962.  A  handsome, striking pair, they were as sociable as they were spiritual in their endeavors. This time period, and ensuing years, were a swirl of activity: the completion of bachelor degrees; Christine’s first teaching position; Jerry’s  graduation from seminary from Emory in Atlanta, GA;  and his appointment to his first full-time church.

Then the little ones came. Three children would be born of this union: Sheldon, Clifton, and Sharla. Christine  called this, “triplets the hard way; 5 years of diapers.”  Even with the chaos of family, she fully enjoyed nurturing her children, encouraging their dreams, lifting their spirits, educating them in the ways of love and justice.

Through the years, Christine did not slow down with her commitments to all the things and people she loved.  She went head-long into graduate studies, taught public school, gave voice and instrumental lessons, and dove into any project that involved decorations, hospitality and sparkles.  With very few exceptions, family gatherings were served on china. Christine did not especially like to cook, but she was good at it.  Her baking efforts--tops. She was a devoted member of Mu Phi Epsilon co-ed music fraternity and of United Methodist Women. In later career years, she was a realtor, then a full-time merchandise associate with Macy’s Department store in the greater KC area. She had come full-circle in fashion.

Naturally shy and introverted, Christine was not one to brag.  There were some things, however, she was very proud of and held dear: winning 3rd place in a Texas state-wide math competition as a child; being a dedicated student; becoming an accomplished musician, founding a preschool program at the United Methodist Church in Herington, KS; participating in the purchase and replacement of several church organs; and helping to secure land for the building of Chapel Hill Fellowship in Wichita, KS.

Christine was, however,  so much more than a busy, beautiful woman with many talents.  She was a woman of deep faith, one who relied on prayer.  There was rarely a challenging situation for which  she did not see or seek an answer. Obstacles were not obstacles for long. Christine was articulate, witty, a lover of family and friends.  She was a person available to answer the phone at any time, and often did just that. In addition to classical music, travel and poetry were also offerings to enjoy. She was dynamic, grounded, and humble. Our dearest Christine died on the sunny morning of Tuesday, December 8, 2020. She will be sorely missed and forever cherished.

To order memorial trees or send flowers to the family in memory of M. Christine Vogt, please visit our flower store.