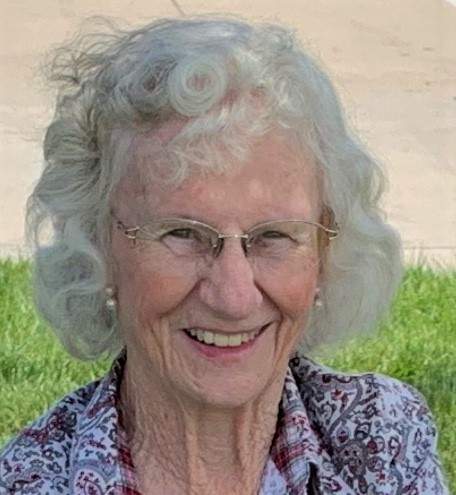 Myra grew up playing on the banks of the Pawnee Creek with her brothers and sister,
Richard Fred (aka Mike), Jimmy, and Pat. She attended Fairplay Grade School, and
graduated from Ness City High School in 1952. After a brief stint at Kansas State
University, she returned home and married Lee Stout on March 7, 1955.

She worked alongside her husband on the family farm, as well as completing her
homemaker duties while raising five children. Myra enjoyed cooking, baking, gardening,
sewing, quilting, and other arts and crafts. She belonged to the Stitch and Chatter Club for
many years, attended Buda Sunday School, and was a member of the United Methodist
Church at Ness City, Kansas.

She will be greatly missed by her husband, Lee, of the home, daughters Kathy Davis
(Leonard) and Allison Belt (Jeff), sons Kevin (Laurie) and Kendall (Kelsey), several
grandchildren and great-grandchildren, former son-in-law Craig Huxman, and a host of
other friends and family members. She was preceded in death by a daughter Kimberly
Huxman, her parents, and her siblings.

Services will be Monday, May 17, 2021, 10:30 a.m. at Broadway Mortuary, Wichita.
There will be a family inurnment at the Buda Cemetery in Ness County at a later date. Memorials suggested to Harry Hynes Memorial Hospice, Wichita, Kansas.

To order memorial trees or send flowers to the family in memory of Myra Stout, please visit our flower store.