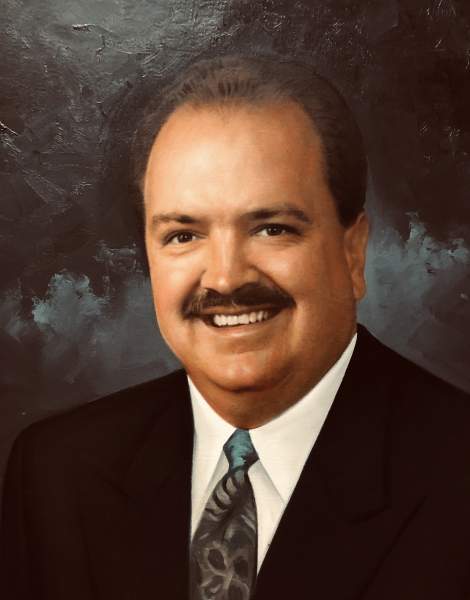 When he was a young boy, Mike's family moved to Wichita, Kansas. He began attending Grace Baptist Church with his Grandma every Sunday. At the age of 7, he accepted Jesus as his Savior, and while at summer camp when he was 13, he surrendered to God's call to preach. It was while attending Grace that Mike met the love of his life, Peggy Walker.

Mike and Peggy were married on December 3, 1977 at Grace Baptist Church. After graduating from Baptist Bible College, Mike and Peggy moved to Ottumwa, Iowa to begin their first job in ministry. While there, their first child, Stephanie, was born. Just four months later, God moved the family back to Wichita to begin serving on staff at Grace. While serving there, they welcomed their second child, Michael, and third, Tyler. Pastor Mike became the senior Pastor at Grace in 1985, where he continued to serve faithfully the rest of his life.

In addition to his ministry duties, Pastor Mike spent time coaching his children in football and basketball, and he led the Sunrise High School girls basketball team to three straight state titles. He was a lifelong learner, earning a Master's degree from Friends University and a PhD from Louisiana Baptist University, and he shared his knowledge by serving as an adjunct professor at local universities. He was a frequent and beloved caller on local sports radio programs. On these programs, he was affectionately referred to as "Pastor Mike", and he was appreciated for his wit and insights.

As a pastor, he was involved in many ministries: AWANA, parenting classes, an after-school program, a prison ministry, a feeding program, Vacation Bible Schools, and many others. Most recently, he was helping restore families through a court sanctioned parenting program. He was willing to serve anyone, and he helped countless people during his 40 years of ministry. He distinguished himself with his unique willingness to minister to people who were struggling with poverty, addiction, and mental illness.

To order memorial trees or send flowers to the family in memory of Pastor Mike O'Donnell, please visit our flower store.