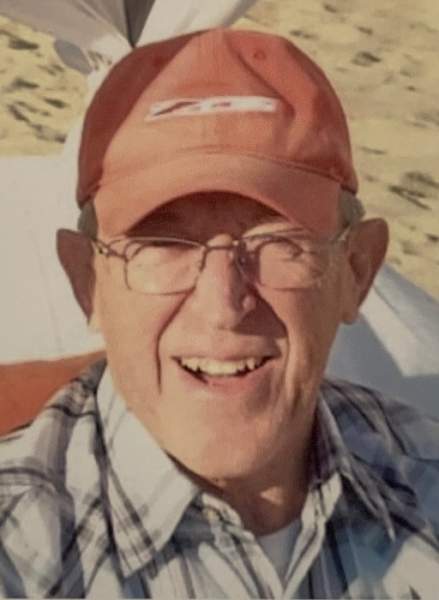 Phil was born to Dwight and Dorothy DeVoss on July 14, 1940 in Pratt, Kansas.  He attended Pratt High School where he met his future wife Patricia A Cole.  They were married in November 1961 and have been happily wed for over 58 years.  After graduating from Emporia State University with a degree in Business Administration, Phil joined the United States Air Force.  There he served as an officer for 20 years until he retired at the rank of Major in 1983.  During his military career he was stationed at numerous bases across the United States and did several tours overseas including in Thailand, the Philippines, and Japan.  While based at McConnell AFB in Wichita, KS, he was a sector commander overseeing several Titan II missile sites protecting the United States internationally.  After the military, Phil worked for the State of Kansas in their Job Services department until his final retirement in 2001.

Love and support for his family (his wife, children, grandchildren, and siblings) was first and foremost in his mind.  He doted over his grandchildren, including following Scott’s collegiate and professional soccer career, attending Molly’s recent wedding, and sharing fun times with Nick. He also had a passionate love for his long-haired dachshund, Cody, and his other “granddogs” whom he pampered frequently.

Phil had a passion for Corvettes (which he shared with his brother Roger) owning several over the years.  Friends and family would be amazed at the extensive Corvette die-cast collection and other related collectibles he built over the years.  With his uncle owning a “ranch” in the Trinidad area of Colorado, Phil developed of love of westerns, classic country, western wear, and of course the mountains.  Red River, NM and Colorado Springs were a favorite vacation destination for his family over the years.  After retiring, he co-owned a cabin in Green Mountain Falls, CO with his brother and seemingly split his time between there and his home in Wichita.

In his later life Phil enjoyed traveling abroad with his wife (Hawaii, Alaska, the Panama Canal, and Baja Pennisula), attending music theater in Wichita, and following both KU and WSU basketball. Phil was an exercise phenom working out twice a day and walking over 5 miles daily until the final weeks of his life.

A memorial has been established in Phil’s name with the Kansas Humane Society helping with the care and hopeful placement of thousands of animals each year.

To order memorial trees or send flowers to the family in memory of Phillip DeVoss, please visit our flower store.