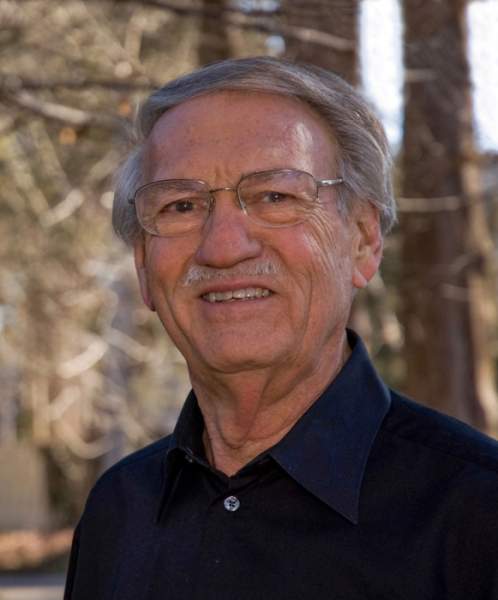 Rev. Jonathan Melvin Hollis, born November 5, 1934, fell asleep peacefully into the arms of Jesus on February 8, 2021. He had been under home Hospice care for congestive heart failure for several weeks and was surrounded and cared for by his wife, children and their spouses.

Jonathan was a devoted Christian, husband, father, grandfather and great grandfather. He served with distinction as a long-term pastor, denominational leader, missionary advocate, mentor and friend.

Growing up in a Pentecostal minister’s home afforded Jon the opportunity to meet Jesus at an early age. His father, Rev. Lewis Hollis, was a powerful man of faith; Jon would often recount many spectacular healing miracles he witnessed under his father’s ministry. This upbringing was a conducive atmosphere for Jon to hear God’s call to ministry. In pursuit of that call, he enrolled at Central Bible Institute (later College) in Springfield, MO.

While at CBI, Jon noticed another student, a farmer’s daughter from Illinois, who was serving as the treasurer for the Campus Missions Fellowship. That young woman, Arlene Briney, was responsible for taking the offerings to the bank after the evening missions service. Finding his opportunity, he offered to drive her to the bank, lending his protection for the bank drop. The rest is history.

Jon and Arlene were married in 1954, immediately beginning their first pastorate in rural western Kansas; often their weekly salary was only eggs or produce from church members. Their first nine years of marriage were spent pastoring in Sharon Springs, Fredonia and Cherryvale, KS. Two sons were born during this time, first Douglas and then Gregory.

In 1963, they were called to pastor a small church in south Wichita, Seneca Assembly of God; the church experienced explosive growth. After two years pastoring there, district superintendent, Paul Lowenberg, invited Jon to become the Kansas District youth director (DCAP); a role he filled for over two years. While serving as DCAP, their first daughter, Starlene, was born.

The Hollises accepted the invitation to return as pastors at Seneca Assembly, a position they held for fifty more years. While at Seneca, Rochelle was born.

God blessed the church and its outreaches, including a booming bus ministry complete with a double-decker London bus. Two packed Sunday morning services and full classrooms necessitated the building of new facilities. In 1979, the church was renamed Colonial Heights Assembly and moved into their new 1,000 seat facility.

While pastoring, Jonathan served the Kansas Assemblies of God for OVER fifty years in various roles including Men’s Ministry Director, Assistant Superintendent, World Missions Director and Treasurer. He also served the national Assemblies of God as a General Presbyter for fourteen years. He was a strong advocate for world missions and missionaries, promoting the cause on a district and national level and traveling to nearly fifty nations. The ultimate expression of his heart for missions was his eldest son Doug, who was a career missionary to Indonesia until his passing in May 2020.

Over forty ministers were sent out from Colonial as pastors, missionaries, evangelists and teachers during Hollis’s leadership.

Jonathan was known for his boyish sense of humor and his contagious laughter. His pranks were legendary. However, he took ministry, pastoral care, prayer and preaching very seriously. He spent hours each day reading the Word. Even in his final days at home, he could be frequently heard praying—often in the Spirit.

He was a ministry innovator and a true leader. He discovered a balanced life by putting family first, then ministry. He had a commanding presence and yet a sincere humility. He exemplified kindness and strength.

He is survived by his faithful wife of sixty-six years, Arlene, his son Gregory (Kristie), his daughters Starlene Combs (Mark) and Rochelle Enloe (Tim), ten grandchildren and nine great-grandchildren.

In lieu of flowers, a memorial fund has been established at the church and donations can be made online here: https://www.colonialheightschurch.com .

To order memorial trees or send flowers to the family in memory of Reverend Jonathan Hollis, please visit our flower store.