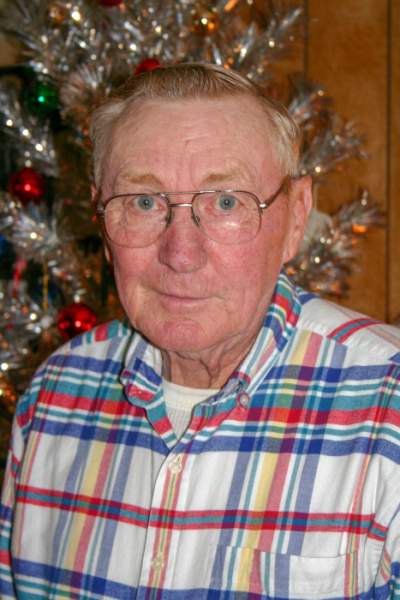 Richard C. Smith was born in 1936 at his family home in Fellsburg, Kansas, the son of Chester Smith and Thelma (Budge) Smith.  He died at his home in Goddard, Kansas after a valiant fight with cancer on December 7, 2020.  He was 84 years old.

Richard graduated from Lewis High School, where he was an active student in the band, choir and on the championship football team, that won all their games his senior year.  After a short stint at Kansas State University, he graduated from Fort Hays State University.  He met his first wife, Erith, while they were both college students at FHSU.  They had two children, and later divorced.  Richard was active in his fraternity and loved to share tales about his college antics and his early life shenanigans growing up in rural Kansas.  He married his second wife, Susie, in 1992 and they later divorced.  He retired in Wichita after working in the aircraft industry.

Richard was an avid aviator his entire life.  He served in the U.S. Army and was a law enforcement officer.  He was a lifetime Mason and Shriner.  His love for his pets was also known to anyone that talked with him.  This year marked his 45th year of deer hunting with the later hunts including his nephews, son and grandsons joining him for this annual event in western Kansas.  He enjoyed visiting with friends and loved to tell stories.

He was a loving father, uncle and grandfather.  Richard leaves to cherish his memory his many friends, his family including his cousins, niece and nephews, grand nieces and nephews; and his children, Eric (Julie) Smith, Ardith (Greg) Smith-Woertz; his grandchildren, Zachary, Mason, Tucker and Rory Smith; Allison Woertz, Jordan (Eric) Wang, Courtney (Tyler) Jensen and great-grandson, Chris.

Richard was proceeded in death by his parents and his brother, George Smith.  Honoring Richard’s wishes cremation is planned.  A private burial will take place in 2021.  There will be a celebration of life gathering sometime next year when it is safer to gather.

To order memorial trees or send flowers to the family in memory of Richard Smith, please visit our flower store.