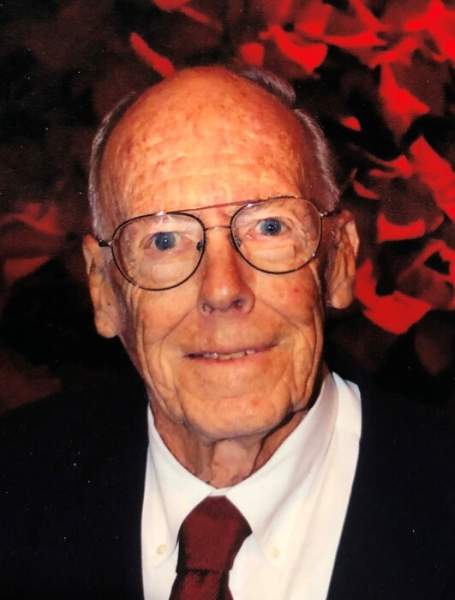 Richard (Dick) Hartwell, 95, Structural Engineer passed away on November 22, 2021 surrounded by his family. He was born on January 14, 1926 in Wichita, Kansas to Godfrey and Margaret Hartwell. After graduating from North High School, he served two years in the Air Corps during the last years of WWII. He attended Kansas State University where he met his K-State sweetheart, Nancy Hunt Hartwell. While at K-State he was a member of the Beta Theta Pi Fraternity and later became an Alumni President.

Dick was an avid outdoorsman. He loved to fish, hunt, garden, and golf. He made many trips to Canada and Alaska fishing for salmon and halibut. He spent every summer of his young life in Colorado with this family where he fished, hiked, and thrived. He continued this tradition with his own children and formed many lasting memories with trips to Colorado.

Dick was preceded in death by his parents, his dear wife of 62 years, Nancy, and his sisters, Joyce and Rita. Those who survive him to treasure his memory are his children David Hartwell (Kirsten), Jane Ridder (Mark), and Sallie Berg (Jerry). His grandchildren include Allyson Kocher (J.D.), Becca Moore and Madison, Blake and Garrett Hartwell. His great grandchildren are George, Tommy, and Gracia Kocher.

A visitation with family will be held from 6:00-8:00 pm, Monday, November 29, at Cozine Life Events Center, 11500 E. 21st St. N. A Mass of Christian Burial will be held at 10:00 am, Tuesday, November 30, at St. Thomas Aquinas Catholic Church. In lieu of flowers, memorials have been established with The Salvation Army and Harry Hynes Memorial Hospice. Share condolences at www.cozine.com. Services by Cozine Memorial Group @ Cozine Life Events Center.

To order memorial trees or send flowers to the family in memory of Richard (Dick) Hartwell, please visit our flower store.