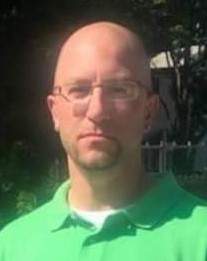 Robbie was born on December 9, 1975 in Wichita, Kansas. He graduated from East high school in 1994 and served in the U.S. Navy soon after. Although, he had a troubled past growing up he soon obtained his CDL license and became a dedicated employee to Drywall, Inc. for 8 years. Robbie grew up in a neighborhood where he connected with friends whom eventually became brothers outside of his blood brothers. He was the most loyal, goofiest and respected man you would have ever met. He first became a father of a daughter May of 1998 whom he loved and cherished for 8 years and then became a father to his first son and to another son a year later.  He continued to work at Drywall, Inc. for a few more years and then moved on to Coca-Cola Industries as a distributor driver. A few short months before Robbie was called home, he became a father to his last baby boy. Robbie enjoyed cheering on his Greenbay Packers and spending time with his children, family and friends whom he loved and cared for. Robbie will be missed dearly and never forgotten.

To order memorial trees or send flowers to the family in memory of Robbie Urbano, please visit our flower store.