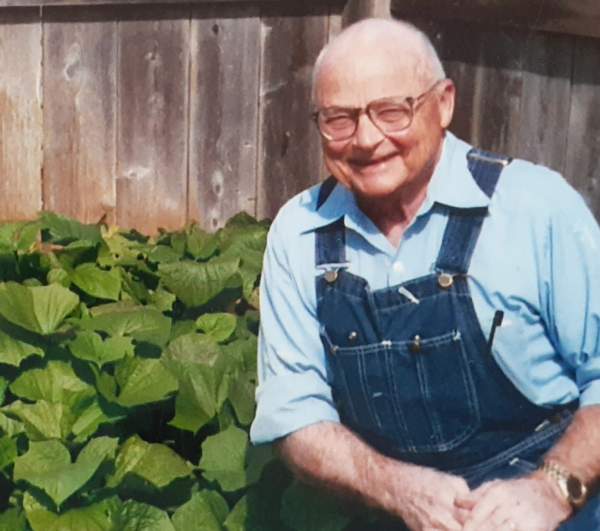 Robert “Bob” Teter, 94, passed away on 11/07/2020. He was born in Pittsburg, Kansas on December 25, 1925 to parents Oscar and Thelma Teter. Bob served as a combat infantry Sergeant during World War II and earned the Combat Infantry Badge. After the war, he enlisted in the Army Reserve and attained the rank of CW-3 before retiring after 20 years. Before embarking for the European theater, he married Virginia Johnson.

After returning from the war, he went to work at Wichita Sheet Metal where he worked for 45 plus years as a sheet metal master craftsman and welder. He built smokestacks for amusement park trains, including the trains at Joyland, and most of the copper fireplace hoods for Pizza Huts. During the 60’s he ran his own after-hours business in his garage building Supreme Power Cleaners that were shipped around the world.

As an antique car restorer, he built his own replacement parts for Model T’s and Model A’s and built parts for others, including gas lanterns for a 1909 Rolls Royce. He also enjoyed wood carving and built flower arrangements and bird baths out of copper and brass. He was an avid gardener out of necessity since he had to feed a large and loving family.

He actively supported his children and friends and became involved in the Boy Scouts, Camp Fire Girls, 4-H, VFW, and Southwest Presbyterian Church.

He was preceded in death by his first wife of 53 years and mother of his children Virginia Teter and his second wife of 18 years Martha Teter, his parents Oscar and Thelma Teter, his sister and brother-in-law Delores and Roy Morey, his granddaughter Allyson Teter, and daughter-in-law Melody Teter.

Remains will be laid to rest at Green Valley Cemetery. A celebration of life will be held at a later date.

To order memorial trees or send flowers to the family in memory of Robert Teter, please visit our flower store.