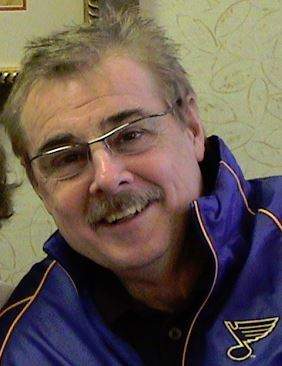 Bob was born on August 7, 1952 in St. Louis, Missouri to Teresa and Robert Kuntzman. Little “Bobby” is remembered for his love of hockey as a boy and enjoyed playing with all the neighborhood kids.  He and his little brother Tommy loved play wrestling together. Growing up in St. Louis, Bob was a loyal Cardinals baseball fan.

He graduated from St. Louis Community College with an Associate’s Degree in Respiratory Therapy in 1978.  A Bachelor of Science Degree in Respiratory Therapy with a minor in Education was completed in 1983 at Maryville College in St. Louis. In January 1985, he graduated with a Master of Secondary Education from the University of Missouri in St. Louis. Later, he taught elementary & middle school grades as well in both Missouri and Kansas.

His hobbies involved trains (including model trains), tennis and bike riding. A favorite vacation spot was a hot Florida beach. For many years Bob served as a Court Appointed Special Advocate (CASA) for children who have experienced abuse or neglect. He also loved being a softball manager for his daughter’s teams for the Ken Berry League in Topeka for much of their childhood. Most importantly to him was spending time with his family including meals together, celebrating Christmas, attending his grandchildren’s events and visiting his favorite spots in St. Louis.

Bob professed faith in the Lord Jesus Christ and felt peace in the days and weeks before his passing.

Bob was preceded in death by his parents, Teresa and Robert Kuntzman and brother, Thomas Kuntzman. He is survived by his daughters, Erika (John) Hendley and Katie Kuntzman; brother, James Kuntzman; sisters, Teresa Mark and Catherine Kuntzman Smith; and 2 grandchildren.

To order memorial trees or send flowers to the family in memory of Robert "Bob" Kuntzman, please visit our flower store.