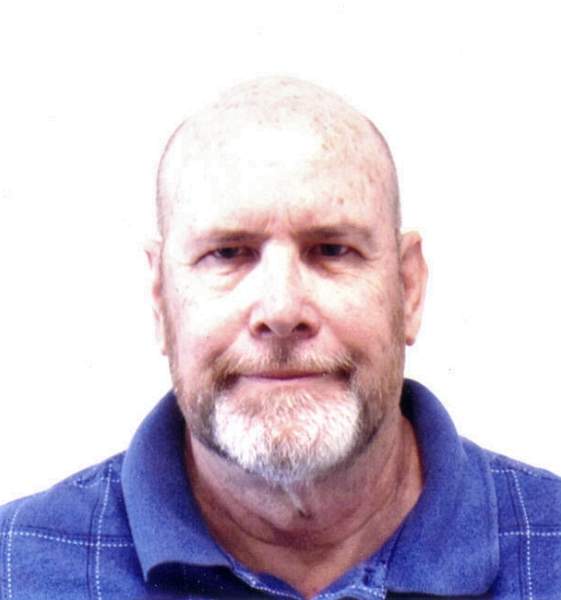 Applegate, Roger Lynn , 65, passed away on August 20, 2020, in Bel Aire, KS. In Wichita, on November 5, 1954, he joined his older brothers, Warren and Melvin, to become the third son born to Don and Emma Applegate, a year after his sister, Lynnette, was stillborn. His parents were thrilled to have a healthy son. They were later pleasantly surprised with two more daughters, Lynda and Brenda. Although Roger was a middle child, it was difficult to overlook him, as he quickly became the tallest in the family. At 6’4”, everyone literally looked up to him. It was a good thing he had a hard head, as he often bumped his head on door frames, door closers, etc. His head was so hard, that as a young boy he was found butting his head with the family’s sheep for entertainment. While Roger was very intelligent, he struggled with school, but graduated from Wichita South High School. As an adult, he was diagnosed with ADHD, which explained so much of his issues. Despite his handicap, he earned a Bachelor’s Degree in Finance from the University of Oklahoma. Roger worked in fiberglass at Chance Rides and as a toolmaker for Cessna in Wichita. Later, he earned a teaching certificate and taught in Oklahoma. A few years after switching to substitute teaching, he move back to Wichita and become a substitute paraeducator for Special Needs in the Wichita public schools.

Roger was raised in a Christian home, but as many do, drifted far away once he was on his own. Thankfully, the Holy Spirit wouldn’t let him alone, and as he matured, turned back to following God. Until he was physically unable to attend, he was an active member of the congregation of The Potter’s House in Wichita.

In June, Roger became the third member of his family to suffer a major stroke. Last week, jaundice set in, and it was found that cancer had invaded his body. Knowing that heaven awaited him, he chose to enter hospice care as soon as he was released from the hospital. He passed away the following day.

Roger was preceded in death by his parents, Don and Emma Applegate; sister, Lynnette and brother, Melvin. He is survived by his brother, Warren Applegate; sisters, Lynda Applegate and Brenda Granger. A memorial service will be held at The Potter’s House on Saturday, September 5, at 2:00 pm. The service will be livestreamed at: https://youtu.be/EijT5kD6PHk . Rather than giving a plant or flowers, these are ways to honor Roger’s memory: give to The Potter’s House, 3707 W. Maple St., Wichita, KS 67213; Open Doors USA, or other Christian organizations. Help a special needs child or someone in need. Help a GOP candidate’s campaign and vote Republican!

To order memorial trees or send flowers to the family in memory of Roger Applegate, please visit our flower store.