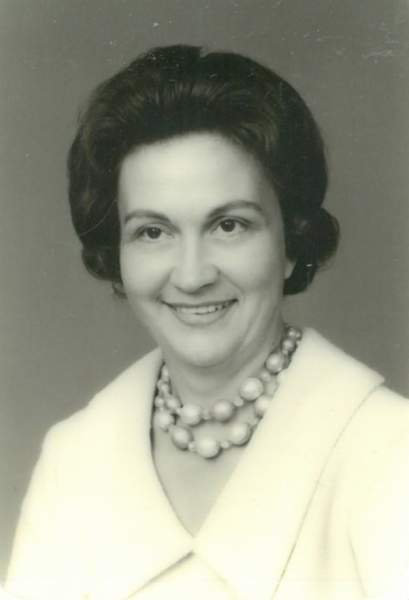 Rosabelle “Rose” Heatherly passed away quietly December 22nd surrounded by her family. She leaves a legacy of love and joy that cannot be filled. Rose loved life and Rose loved people. She never met a stranger and people instantly became her best friend.

Rosabelle was born September 9, 1927, just outside of Bristow, Oklahoma to Roy and Elizabeth Lester. She was the youngest of 4 children. She loved her two brothers, RC and Earl, and her older sister, Imogene. She was raised on their “homeplace” in the Victor Chapel community. At an early age Rosabelle was working and caring for others. At age 6 she was already preparing dinner for her family as they worked in the fields. She also spent her fair amount of time helping wherever she could. Rose was beautiful inside and out; she was also tough as nails. Growing up, she spent her early school years going to school at Victor Chapel in a one-room schoolhouse. She could whip any boy at school and was taught by her sister, Imogene, who once sent her home, walking through a sleet storm because of being a cut-up and excessive talking. But that was Rose. Later she moved to Bristow to live with Imogene and go to high school where she graduated from Bristow High School in 1945. Rose was beautiful and caught the attention of many young men of Bristow.

As the war ended in the mid 1940’s Rose began working for the FW Woolworth store in Bristow. Soon thereafter, a new manager and war veteran arrived to manage the store. Rose fell in love at first sight with this stern manager. Cupid’s arrow struck W.C. Heatherly at the same time. Although strictly against company policy, the two snuck off with friends on a secret blind date to the wrestling matches in Tulsa. This began a love affair that lasted the rest of their lives. Walter proposed to her by saying, “I love you more than anything in this world, I have a brand new car (1946) and $500. Will you marry me?” They were married on June 7, 1947, and honeymooned in Oklahoma City, where the singing cowboy, Gene Autry, arrived at the hotel at the same time.

After a couple of years living in Bristow, they were transferred to Paris, Texas. From there their adventure was only beginning, Next stop for them was East St. Louis, Illinois where a daughter Jeanne joined the family. Next stop was round 1 in Jackson Tennessee and then to St. Louis where they added a son, Roy. After a couple of years the family headed to San Antonio. Rose loved everywhere they lived and especially loved their life in Texas. She made many friends and loved raising her young and growing family.

The family once again was moved, this time to St. Louis. Rose loved both San Antonio and St. Louis. She and her best friend, Marilyn Wilberg, were real life Lucy and Ethel and would set off for the antique stores or other adventures. She was a champion bowler, loved her bridge club and she and Walt were avid square dancers. As the years in St. Louis ended, the adventure continued to Wichita, Kansas. In Wichita, the family grew again as Jeanne married Bruce Bitler. With Jeanne married and Roy graduating from high school, Rose and Walt asked for a life off the road and they were transferred back to Jackson, Tennessee. Walt retired in Jackson, but Rose continued to work in the office at Butts Foods then later as office manager at Volunteer Janitorial Supply. In Jackson the family grew again as Roy married Beth Garland. Rose loved Beth and Bruce as if they were her own, which in her eyes they were.

Rose was extremely loyal and fierce when it came to her family. She defended her children if she thought they were wronged and we pitied anyone who felt this wrath. It was not uncommon to see her in neighborhood tag games or throwing batting practice to Roy. Because of Walt;s travel schedule, she picked up the slack of making sure her kids had a parent involved. In St. Louis she was the baseball team's score keeper. She never missed any game or activity her children participated in from ball games to piano recitals. She did, however, remain in the lobby during Roy’s wrestling matches.

As she and Walt enjoyed a life in retirement she became the perfect grandmother. “Grandma Rose” was the BEST. She loved her 5 grandchildren Audra, Katy, Sarah, Emma and John. She was in the middle of their dress up times and she loved having them help in the kitchen. Many times, the kids would be in the kitchen rolling out noodles, mashing potatoes or making all kinds of crescent roll creations. She could make and bake anything. She was famous for her strawberry cakes, chocolate pies, and meatloaf. Many hours were spent on her living room floor organizing her buttons & coins and looking at her stamp collection. They would all redo her hair with bows and curlers even if she had just been to the hairdresser to have it done, much to Walt’s disgust. One time we even came home to find her tied to a chair. She always had time at the end of the day to lay down with each of the grandkids to make sure they got Grandma’s love before they fell asleep. She was a fun grandma. Rose also made holidays special: dyeing Easter eggs or at Christmastime where she made opening gifts an adventure because of the box of gag gifts she bought from her extensive collection of catalogs each year. Oh, the treasures we brought home!!

She and Walt loved to travel and were blessed to visit Jeanne in Europe as well as taking the trip of their lifetime to Hawaii. She also loved getting together with her brothers and sisters and Walt’s brothers and their wives. She considered them like sisters. We have great memories of her laughing with Virginia and Ruth. Every October you could find them in Dallas for the OU/Texas football game. She was also a huge Tennessee football fan (GBO). Whether they knew it or not, she was on a first name basis with all the coaches. She loved watching golf, especially Phil Mickelson.

In their later years Walt’s health deteriorated and for 10 years she never left his side. She was his love, his caregiver, and always the apple of his eye. She took care of him and enjoyed each day the best they could.

She and Walt were long-standing members for Forest Heights United Methodist Church in Jackson, TN. After Walt passed away Rose continued to attend Forest Heights. She also went to lunch every Friday with another best friend, Betty Simpson. She loved her weekly trips to the hairdresser where she would visit with her good friends Wilda Pinnix, Anne Shaw and Eleanor Haskins.She and Walt had wonderful neighbors in Jackson like Buddy and Connie Hicks.

Rose moved to Wichita in 2015 with Roy & Beth where she resided at Avita Senior Living Center. Never a stranger, Rose had a new set of close friends (residents and staff) who she loved dearly. Many times she said how lucky she was to live there. The rumor was that if a staff member couldn’t be located, go to Rose’s room where they could be found visiting with their favorite resident.

In lieu of flowers, the family asks that gifts be made in her memory to Forest Heights United Methodist Church in Jackson, the Bristow (Oklahoma) Historical Society & Museum, or United Way of the Plains. There will be a private burial in Bristow, Oklahoma and a celebration of her life at a later, safer date to be announced. The family also asks that you follow Rose’s advice: “Enjoy every day!”

To order memorial trees or send flowers to the family in memory of Rosabelle Heatherly, please visit our flower store.