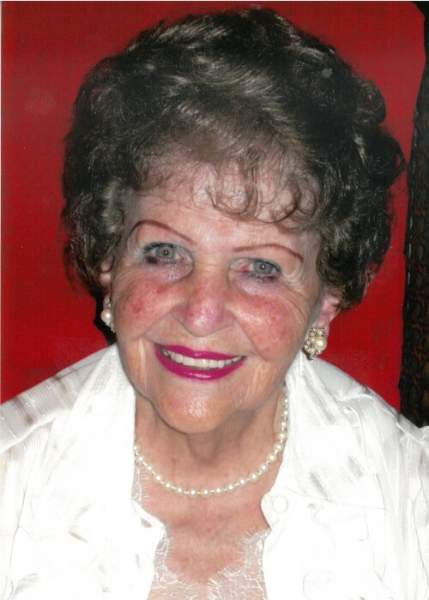 Ruth Dieffenbacher Scheer entered her heavenly home on Jan. 4, 2022, after 95 years of glorifying her Lord and Savior, Jesus Christ, here on this earth.  She was born on Dec. 13, 1926, to Clyde and Edith Dieffenbacher with a younger brother, Dan born 5 years later, to be raised in a loving home on Osage Street in Wichita.  Ruth learned to play her accordion before she was ten and was gifted a pump organ from a distant relative in Pennsylvania.  She played in the National Piano Playing Auditions, memorizing 10 songs each year and winning Piano Diplomas for High School in 1944, College in 1945, and Young Artist in 1946.  She graduated 8th out of 420 from Wichita North High School in 1944 and graduated cum laude from Wichita University in 1948 with a major in English and minors in French and Music.  In 1947 she met a young dentist, Harold Scheer, at a sorority/fraternity party and romance budded into true love.  They married in August of 1947 and began to fulfil her quest to raise a large family that would bring honor to the Lord.  Music filled their lives as each child was taught to play the piano and one other instrument.  Composing much of the music she used to raise the children, she then created operettas and shows for the family to perform under the stage name “The Scheer Delights”.  Two of her many songs were published and rarely did an event pass without her composing either a song or a poem.  Emphasizing a well-rounded education, each of her children graduated with college degrees, but equally important was the summer education provided by trips to National Parks, music camps, the lake cabin, Europe, and a missions trip to Puerto Rico.  It was on this last trip that the family met their Puerto Rican son/brother, Ivan, who was invited to live with them for three years to get his high school diploma in the States.  Meeting and living with Ivan was the capstone learning moment of the family for appreciating diverse cultures and lifestyles.

In addition to composing music Ruth was a prolific writer and poet.  She has published 7 children’s books as well as an anthology of her poems and essays.  She and Harold famously sent out a custom designed Christmas card showing each of the children from 1951-1984, then converted this tradition into a Valentine’s card of the entire family from 1985-2017.

Ruth was proud of her community and worked hard to promote and improve her immediate society.  She was a charter member of the Wichita Chapter of the American Guild of Organists, Alliance of the American Dental Association, Kansas Aviation Museum and Botanica in addition to belonging to the WSU Alumni Association, First Evangelical Free Church, Women’s Auxiliary of the Wichita Symphony, Wichita Music Theater, Wichita Grand Opera, Wichita Historical Museum, Wichita Art museum, Sedgwick County Zoo, Kansas Writers Association, National League of American Pen Women, and The University Club.  As a natural born leader, she was also President of Mu Phi Epsilon Music Sorority, Auxiliary of the Kansas Dental Association, Alpha Beta Mothers Club, and 3-time president of the Thursday Afternoon Music Club.  Because of her tireless efforts she was honored as the Kansas Mother of the Year and the AKDA Woman of the Year, as well as winning the Thelma J Neff Award of the Alliance of the American Dental Association.

Her tireless optimism and boundless energy were nourished and sustained by her simple philosophy of training children.  In her words:

INNOCENCE and SENSE of WONDER in CHILDHOOD.

SPARKLE and SPONTANEITY of DELIGHT in DISCOVERY of GOD’S WONDERS.

APPRECIATION for GOOD and GENTLE things as well as COMPASSION for hurting things.

In lieu of flowers donations may be made to the Thursday Afternoon Music Club, Wichita Symphony Orchestra, and Mu Phi Epsilon.

To order memorial trees or send flowers to the family in memory of Ruth Scheer, please visit our flower store.