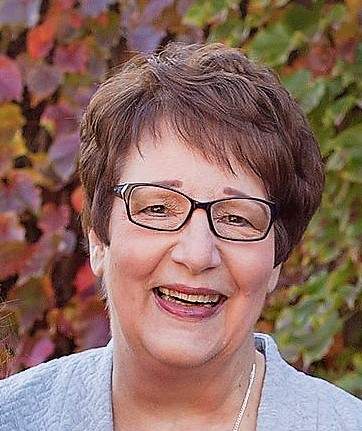 Sharon K. Lessig, went to be with the Lord on October 21, 2022.  She was born on October 16, 1956 in Wichita, Kansas. She leaves behind her husband of 29 years, Dale D. Lessig, brother Roger Wycoff and sister-in-law Sandy.  She was preceded in death by her parents, Jim and Pauline Wycoff.  Sharon was an Advanced Registered Nurse Practitioner of women’s health, and retired as Director of Pregnancy Care Services at Embrace in 2021.

Sharon had two great passions in life: 1) her nursing career for women’s health and 2) her loving care, volunteering and dedicated work with the Young life Organization.

Sharon graduated from Wichita State in 1978 with her bachelor of science in nursing.  She started her career as an office nurse at the Wesley Medical Center and moved on to working as a nurse for the Wichita-Sedgwick County Dept. of Community Health.  She continued her education by getting her Advanced Nurse Practitioner degree in OB/GYN/Family Planning from Texas Southwestern Medical Center in 1992. She spent the next 7 years in private practice with the Wichita OB/GYN Associates.  But her greatest passion was doing sonograms at the Wichita Pregnancy Crisis Center, now called Embrace.  She was able to show each of her clients for the first time the baby that was within their womb.  It didn’t matter to Sharon whether the client was keeping the baby, adopting away or abortion-minded, she treated all clients equally with compassion, care, love and prayed for each one of them.  Sharon retired from Embrace in 2021 after spending 15 years there and doing hundreds and hundreds of sonograms.

Sharon’s first contact with Young Life was all the way back in 1973 during her junior year at Wichita East High School.  Yes, Young Life club meetings were as crazy and fun then, just as they are today.  She fell in love with the way that the hope in Jesus Christ was able to be presented to students that were often in trouble, coming from broken families, or the kid that was simply lonely and searching to be loved by someone.  Sharon spent over 45+ years working with the Young Life Organization in Wichita, as a Young Life Leader, a banquet fund raiser, Committee Chairperson for USD 259, nurse associate for the Frontier and Crooked Creek Ranch camps in Colorado.  Her greatest passion was the love that she poured out to the Shepherd family for the past 20 years.  Being there for Matt Shepherd, the Wichita Metro Area Director, and watching how this organization grew to reach and bring the good news of Jesus Christ to thousands of kids.  She was there for Tara (Matt’s wife) to be a friend and mentor for her.  Sharon was also in the delivery room with Tara, for all four of their beautiful daughters, Macy, Kate, Lucy and Hope, and little brother Luke.

Sharon and Dale met at Eastminster Presbyterian Church in a group called Single Direction. This group was mostly composed of young single college educated adults just starting their work careers. They would meet weekly at the church and all meetings started with some great cookies or other treats that two people would make.  Dale’s name was on the signup sheet and Lynette put her name after Dale.  However, as the time approached for them to get together, Lynette’s mission trip to the Dominion Republic also happened to be on the same week.  So she had to scratch her name off the signup sheet.  Sharon immediately saw this opening and seized the opportunity to put her name beside Dale’s name.

Dale invited Sharon over to his house so that they could bake some treats for the next Single Direction meeting.  Sharon met Dale at his house, handed him a large grocery sack, turned around and went back out the door. Dale peeked into the grocery sack and found sugar, flour, and other baking ingredients.  Dale thought how kind Sharon was to bring her own baking ingredients; in case he might not have something. Sharon returned with a second large grocery sack, handed it to Dale and left again. Once more Dale peeked into the grocery sack and found mixing bowls, measuring cups and spoons.  Dale’s thought now changed slightly, and he wondered “does she not know that guys can cook also and would have these kitchen items”. There was a third grocery sack and even a fourth grocery sack. Dale’s thought was a bit questioning now, “is she bringing her entire kitchen over to my house?”  Sharon brought even the fifth grocery sack, walked into the house entryway, and took a left turn into the kitchen.  Her mouth dropped open.  It was a large U-shaped kitchen, and in the corner of the counter top she spotted a full size Kitchen-Aid stand mixer. Thoughts raced through Sharon’s mind, slightly embarrassed for bringing all of her stuff. She said to herself, “Oh, this guy knows how to cook; I’m going to marry him.”

That she did.  Sharon and Dale got married on August 14, 1993, at Eastminster Presbyterian Church.  Dale still wonders sometimes, “did she marry me, or did she marry that Kitchen-Air stand mixer?”

Many wonderful adventures awaited them in the next 29 years of marriage.  The first year of marriage brought the decision to custom build a new home for them to start life together.  Dale got a computer software program and created a 3D representation of the new house, complete with floor plans, design of kitchen cabinets, electrical wiring diagrams, foundation and more. But this was “Our House” and when it came for house decorating, Dale quickly learned to simply say, “Yes, Sharon that is a beautiful shade of color.”

Sharon and Dale loved to travel the world, especially going on ocean cruise ship adventures.  Vacations oftentimes included not only themselves but were also taken along with their parents or friends.  Sharon often recalled one of their first vacations on an ocean cruise ship adventure to Alaska that included both sets of parents at the same time.  After getting everything booked, she wondered to herself “What the heck am I thinking, these parents only really met each other at our wedding.”  Dale’s dad, Earl was a bit concerned about getting onto an ocean vessel. After all, the last time he was on a ship was back in WWII, going over to the Philippine Islands and got very seasick.  Sharon’s dad, Jim was concerned about his asthma since we were going “up” to Alaska.  Sharon had to remind him that all ocean cruise ships were at sea level. The ocean cruise adventure turned out great, with many wonderful memories of seeing the beautiful Alaskan nature and glaciers that were more than 3 miles wide.

Other great memorable trips included the Holy Land Tour of Israel, drinking water from Mary’s well in Nazareth, or walking on the same 1st century stones that Jesus walked on, and seeing the Garden tomb near Golgotha.  Of course the tomb was empty, for Jesus rose from the dead on that 1st Easter morning 2000 years ago.

Sharon’s favorite trips were the ones taken with the entire Shepherd family to Disney World just after the Young Life 75th anniversary celebration, the ocean cruise in the southern Caribbean, and the most recent trip to Cancun, Mexico.

Sharon poured her life and love into so many families; she was simply known by the kids as “Aunt Sharon”. These kids numbered over two dozen, from the families of the Bowlings, Cozine, Geortz, Grant, Leisinger, Ochs, Shimp and of course, the Shepherd family.

Sharon’s beautiful legacy will be treasured by all who knew her.

A memorial has been established with:

Click the link below to watch Sharon's service
Service Recording