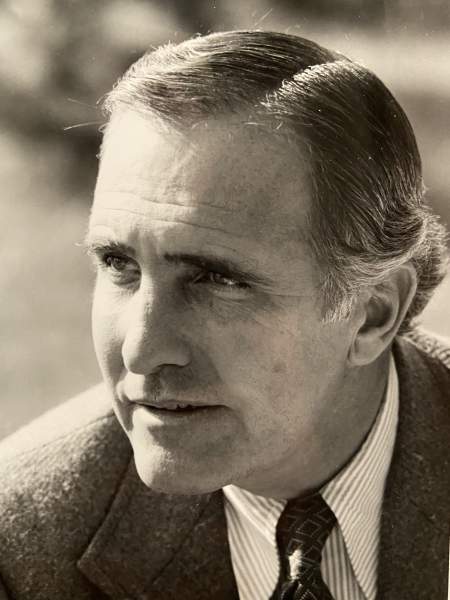 A Kansas Icon - Shelby grew up in St. Joseph, Missouri. He graduated from Central High School and later from the University of Kansas with a degree in Business Administration – having also been a member of Phi Gamma Delta fraternity. As a young FBI Agent, commuting to work in downtown New York City, from South Orange, New Jersey, he studied while on the trains to earn a Masters degree in Banking and Finance from New York University.

Shelby was a Navy Veteran of World War II and the Korean Conflict, an FBI Agent, the Director of Security at Boeing Aircraft, and an investment banker with Ranson & Company and Slawson Oil.

He was a Kansas Legislator serving as Chairman of the House Tax Committee, Lieutenant Governor of Kansas, and the State’s Secretary of Administration. In this last capacity, Shelby originated the State Office Building in downtown Wichita, a long-needed facility housing a satellite office for the Governor and almost a thousand employees for 11 state agencies.

In the Kansas House of Representatives, he was the chief sponsor of legislation which created the state’s first police academy, setting minimum training standards for all Kansas law-enforcement officers – legislation for which he was awarded an honorary lifetime membership in the Kansas Peace Officers Association. Shelby also served as the Director of the Kansas Association of Commerce and Industry.

As an agent of the Federal Bureau of Investigation, he witnessed first-hand some of the pivotal events of the twentieth century: the execution of the Rosenbergs, the cover-up of the death of Josef Stalin, and the prosecution of the FALN terrorists who had opened fire on the United States House of Representatives. In 1967, he received a National Award from the U.S. Defense Supply Agency for his personal efforts on Boeing’s classified military contracts.

Shelby’s passion was his wife, Betty, their 5 children, and 12 grandchildren. The Smith family have been loyal neighbors of the College Hill Park community for 63 years, donating and decorating the nearby island urn, as a symbol of their endearment. Betty planned 38 consecutive family reunions, from Maine to California. Shelby’s warm, friendly personality, humility, and common sense will be missed by all those who knew him.

Shelby was preceded in death by his parents, Roy and Marie Smith; and son, Shelby Kent Smith. He is survived by his wife, Betty; children, Leslee (Nick) Campbell of Denver, CO, Liz Jackson of Denver, CO, Shartel (Kim) Smith of Ridgewood, NJ, and Stratton (Kristi) Smith of Boulder, CO; and 12 grandchildren.

A private family service will be held, with a celebration of Shelby’s life at a future date. A memorial has been established with The Lord’s Diner. Share condolences at www.cozine.com. Services by Cozine Memorial Group – Broadway Mortuary.

To order memorial trees or send flowers to the family in memory of Shelby Smith, please visit our flower store.

Private services will be held. A Celebration of Shelby's life is planned for a later date.