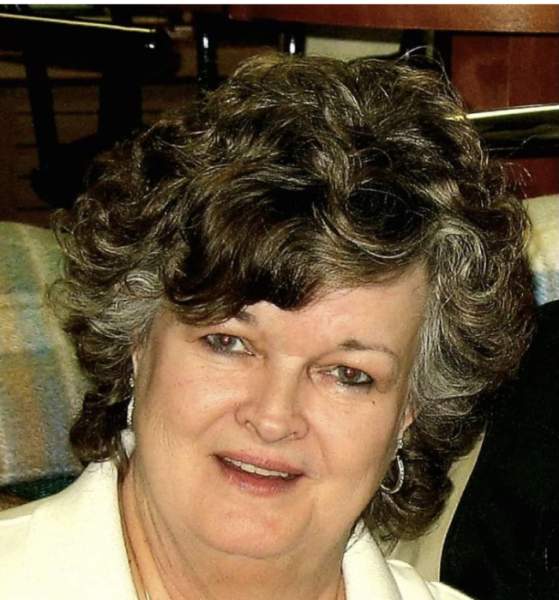 
Shirley Ann Robinson, 75, was born Jan. 17, 1945, in Checotah, OK. She was the eldest of four children. She attended school in OK until the family moved to Wichita in the 1950's. She attended Southeast High School and worked weekends and summers in an ice cream store. As a teenager Shirley loved to dance. She and her dancing partner competed with other couples on the television show Hi Fi Hop and placed among the winners, receiving watches as their prizes. Sadly Shirley's mother passed away suddenly when Shirley was seventeen. She stepped right in to help her dad raise her sister and brother and took over the housekeeping and meal preparation for the family.
She married Frank Gallegos in 1964. She was best friends with Frank's sister Ruby when both girls were in their teens. They remained close through all the intervening years until Shirley's passing. Frank and Shirley raised two children, Bonnie and Frank Jr, in their home in Park City, KS. They enjoyed playing cards and getting together with family and friends. After the children were old enough, Shirley began working at a Park City drug store. In later years she worked at the F&M Oil Co and the Union National Bank. She and Frank divorced in 1978.
In 1985, Shirley married Jerry Robinson, who worked at Southwestern Bell, which later became AT&T. Several years later they moved from Park City to their lovely home in Wichita. They enjoyed traveling together and hunting Indian arrow heads around Wichita and Eureka. They were married a few months over nine years when Jerry passed away from pancreatic cancer in 1995. Shirley was his devoted caregiver during his five-year illness, having Hospice assistance only during the last few months.
Left alone now in the home, Shirley spent her free time off work gardening among her flowers, reading, knitting, stamp collecting, socializing with family and friends, and being a kind owner to her dogs. She faithfully continued to travel to OK to decorate the family graves and visit relatives every Memorial Day. She only had to miss going there two or three times in recent years due to failing health.
In 2000, Shirley began dating Jerry Wagoner, whom she had known years before when working in the drug store with his wife Delores who passed away in 1999. Together Jerry and Shirley enjoyed gardening, shopping for decorative home furnishings for Jerry's booth in a Wichita flea market, and trying their luck in casinos in KS and OK. Several years later Shirley began having health problems that grew more severe as time passed. Jerry was a wonderful partner and caregiver for her, standing with her for over twenty years. He was at her bedside holding her hand when she passed away on Jan.1 2021.
Shirley was a loving, caring person and her family was everything to her. She loved to have all the family at her home on holidays. Christmas was her favorite and she went all out decorating the trees and house inside and out. She loved giving to others and seeing their happiness as they opened their gifts. She cared deeply for others and helped them anyway she could. She was truely a lovely person and will be missed by all who knew and loved her.
Shirley was preceded in death by her parents Willis and Maxine Cagle, her brother Larry Joe Cagle, and two sisters Linda Sue Cagle, who passed away at a very young age, and Brenda Jean Jester. The surviving family members are her partner Jerry Wagoner, her daughter Bonnie Gallegos, her son Frank Gallegos, Jr. and his wife Cindy, her niece Beth Cagle, her stepmother Joanne Cagle, two grandchildren Chelsea and Lindsay, three great grandchildren Morgan, Lincoln, and Jensen, and a number of cousins in OK and KS.
At Shirley's request there will be no funeral services. In lieu of flowers the family asks that memorial donations can be sent to Serenity Hospice, 3221 N. Toben, Suite 100, Wichita, KS 67226.
Share condolences at www.Cozine. com. Arrangements are by Broadway Mortuary.

To order memorial trees or send flowers to the family in memory of Shirley Robinson, please visit our flower store.