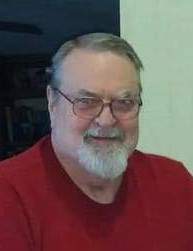 Ted was a graduate of the Wichita East High School class of 1954.  During his sophomore year in high school, Ted completed a course in vocational printing.  His printing instructor introduced him to Floyd E. Brooks of Brooks Printing and Lithograph and a career in the printing business was born.  It was at Brooks where Ted met his friend David Christensen.   On August 30, 1957, Dave introduced Ted to Pat Cross, his friend from church, on a blind date.  Pat wasn't all that impressed with Ted on the first date because he wore brown pants and told corny jokes.  However, she gave him another chance, and they soon were in love.  Ted proposed to Pat one year later on August 30, 1958.  She accepted.

Pat entered the Wesley School of Nursing, a three-year program that did not allow students to be married before the last 15 months of nursing school. Ted volunteered for the draft and joined the United States Army on September 30, 1958.  Ted spent most of his time in the Army in Stuttgart, Germany, where he worked as a mechanic.  Many love letters were exchanged during this time.  After the sudden passing of Ted's father on February 29, 1960 (at the age of 54), Ted was allowed to leave Germany and complete the remaining five months of his military time state-side.  When he returned from the Army, he resumed his career in the printing trade.  In 1966, Ted began working at Rand Publishing (now Rand Graphics) as a lithograph pressman.  He retired from Rand after 35 years on December 29, 2001.

Ted and Pat were married on August 20, 1960, at Westside Nazarene Church in Wichita.  In October of 1963, they welcomed their first daughter, Bryn.  Daughter Eryn was born in November, 1968.  Ted loved his two little girls and they will tell you that he truly was the "Best Daddy in the World."  In 1971, feeling led by the Lord, Ted and Pat adopted six-year old Mark.  Mark went to be with the Lord on June 6, 1994, at the age of 30.

Ted served faithfully as an usher at First Evangelical Free Church in Wichita, after coming to the church in 1972.  Many people remember Ted as the first friendly face they met when they visited the church.   Ted's love for the Lord was made evident through his heart and service to others.  Many of Ted's friends knew him as a truly great guy with a clever sense of humor.

Ted loved sports -- especially Wichita State men's basketball, Kansas State and Kansas City Chiefs football, and Kansas City Royals baseball (and Wichita Aeros baseball in the 1970's).  He also enjoyed playing a round of golf with friends whenever he could fit it into his busy schedule.  Ted's last outing was to the Wichita State vs OU game at Intrust Bank Arena on December 14, 2019.  His Shockers came out with the victory!

Ted was a loving and devoted grandpa to granddaughter Conolley and grandson Grant.  "Pa," as they called him, expressed his pride in all of their accomplishments -- but he was most pleased to know that they had both come to know Jesus Christ as their Lord and Savior early in their lives.

During his retirement, Ted worked as a lunchroom aide at a nearby elementary school.  "Mr. Teddy" was loved by many of the school children.  Ted and Pat also conducted an after school Bible Club for the children once a week, leading several to Jesus.

As arthritis took its toll on both of them, Ted remained a faithful and loving spouse to Pat, always looking out for her needs above his own.  As messages of condolence have poured in from people across the country, after learning of Ted's passing, one theme emerged.  There aren't many guys like Ted August left in this world.  He was one of a kind and loved by many!

A Memorial has been established with First Evangelical Free Church, Wichita, KS.

To order memorial trees or send flowers to the family in memory of Ted August, please visit our flower store.