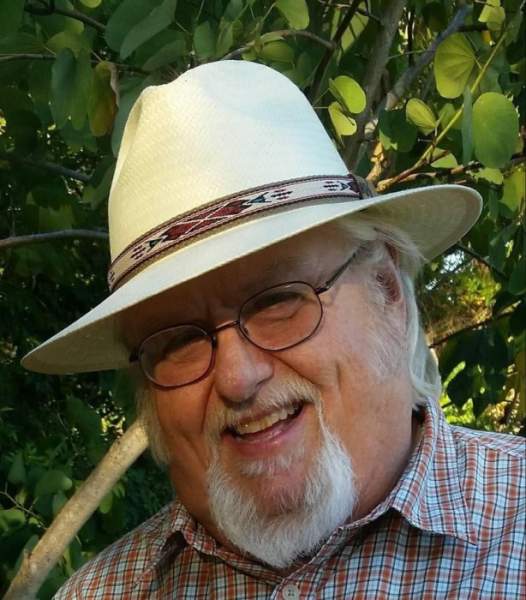 Terry was born to Cecil and Jean Rush and was the first of two children. He is survived by his only sister Peggy Hoosier and her family Danny, Kelly, Jay, Karli, Mark, Stephanie, and Brileigh.

He married the love of his life Mary on October 28th of 1978. They fell fast and fiercely and stayed with it for just over 43 years - having fun until he passed. Together they had Gabriel and Micala - The family of four lived in many places and had many adventures. Terry is survived by this crew and a bonus son - Zachary and grandchild Basil. He had a pride in his family that was front and center in his life.

Terry was a long-time musician and a real live hippie in heart and practice. He was active in politics and loved history both the kind he made up and the kind found in books. His work as a sheet metal mechanic at Boeing was one of many jobs he did to provide for his family. While he was a hard worker this was not his life's passion; his true passion lay elsewhere. The main joys of his life were guitar, songwriting, and football. He played in many bands; a family favorite was “MaGaTe” which featured Mary and Gabriel. He also was a founding member of “The Good Gravy Band and the Bisquettes”. He was a member of “Rush n ‘ Friends” and most recently “Idlewild”- which incidentally was the street he lived on for the last 20 plus years.

His sense of humor was legendary but often he was willing to be a caricature for the humor of his friends and family. He was a gentle spirit and believed in peace and social justice. He was a Vietnam Vet and believed in learning a lesson and applying it to one's life. He spent many Saturdays with a bowl of Mary’s famous chili - yelling obscenities and cheerfully bantering with Gabriel over OU Sooner Football. He ran a 5K with Zachary and was very proud of this accomplishment. As a true “Okie” he tended to exaggerate the miles. Micala and he both loved a good argument over anything political and often could talk for long stretches about topics ranging from here to there. He always said she talked a lot, but so did he. Basil and Papa T spent many evenings together watching movies and bantering back and forth about plots and building a deep well of inside jokes.

We always called him leader of the band - and while the songs for us are not all written we are sad to have this one come to an end. Rock on Terry - may your guitar forever be in tune and all amps stay cranked to 10.

To order memorial trees or send flowers to the family in memory of Terry Rush, please visit our flower store.