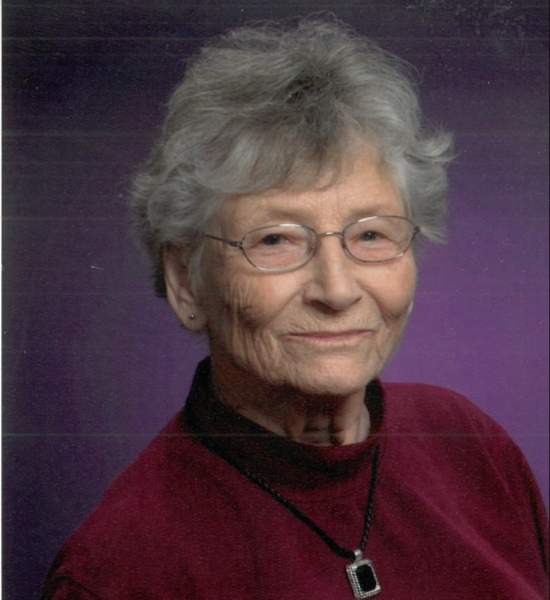 Verline Violet Dockins was born at home on October 23, 1925 near the town of Wideman in Izard County, Arkansas, the oldest of six in the family of James Sanford and Omah Amba Jones Dockins. She died at the Bridgewater Healthcare Center in Carmel, Indiana on July 10, 2022 at the age of 96 years, 8 months and 18 days.

Verline attended the Pleasant Grove School through 8th grade, did not go to high school, but passed the GED, high school equivalency exam, as an adult. When she was only 16 years old, late 1941 or 1942, she traveled to Wichita, Kansas with two friends and worked at the Kresge dime store downtown. Later, her whole family came to Wichita, and when she was 18, she went to work for Boeing, marking parts for airplanes, thus one of the many women who worked in factories while most of the men of that age were overseas fighting the war.

Back in Arkansas after the war, on January 20, 1946, she was married to William Jasper (Dub) Kankey Jr. by the Justice of the Peace at Dolph, Arkansas. To this union were born three children, Roland Doyle, Linda Jean, and Sanua Linn. The family lived in Izard County, Arkansas; Wichita, Kansas, and eventually settled in Andover, Kansas. Dub developed lung cancer from industrial pollution in the aircraft industry and died in 1965, which left her a widow at age 39.

Verline married Leroy Krause on September 25, 1971, at Faith Baptist Church of Andover, Kansas. They had 31 years together until Roy's death in March of 2003. As Roy's health was failing in 2001, she expressed the desire to not live alone. In August of 2002, they moved into the newly built shared home with her daughter, Linda, and family in Wichita. She moved with them to Carmel, Indiana in 2004 and shared their home until her last illness.

She was a member of Faith Baptist Church of Andover, Kansas, First Evangelical Free Church of Wichita, Kansas, and Faith Church of Indianapolis.

Verline was preceded in death by her parents, her first husband, William J. Kankey Jr., her second husband, Leroy Krause, a sister, Doyce Wayland, and a brother, Wayne Dockins; two brothers in law, Dorman Thomason and Robert Wayland, and a grandson, Andy Kankey.

The funeral will be Thursday, July 14 at 2:00 pm at Faith Church 9125 N. College Ave. Indianapolis, with
Visitation prior to the funeral at 1:00 PM

The Committal Service will be Monday, July 18 at 11:00 am at the Andover Cemetery in Andover, Kansas.

Memorial Gifts may be designated to Faith Church, 9125 N. College Ave. Indianapolis, IN 46240

To order memorial trees or send flowers to the family in memory of Verline Krause, please visit our flower store.