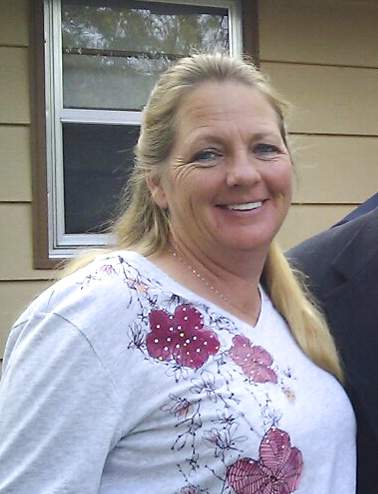 Veronica Sue Napier, 54, of Wichita went to be with her Heavenly Father on Saturday, October 9, 2021.

Her visitation will be held at Broadway Mortuary on Wednesday, October 13 from 6 to 8 p.m. Her homegoing service will be at Soul's Harbor Pentecostal Church of God on Thursday, October 14, at 2 p.m., burial to follow at Kechi Township Cemetery.

Veronica is survived by her husband, Steve Napier, and her sons, Brian Hayes, and Stevie Napier II, sister, Christina Hayes Criscenzo, and numerous aunts and uncles. She leaves behind a boisterous gang of nieces, nephews and cousins.

Veronica was born on Sunday, June 11, 1967, to Debbie and Larry Hayes in Wichita, Kansas. She graduated from Metro Midtown High School and continued her studies through college courses. Veronica worked as a waitress at her family's restaurant—Broadway Cafe. She went on to work at Don's Restaurant, where she met her husband and best friend, Steve Napier, who she was married to for 19 years. Veronica and Steve started their own concrete business in 2004 and worked alongside each other until she passed away.

Veronica was a woman of tremendous faith who was defined by her love for Jesus. She was a devoted wife and mother, and loved her family very much. Veronica was known for her selflessness and her sense of humor. She enjoyed spending time in her kitchen making homemade meals such as her famous deviled eggs or her chocolate gravy recipe that was passed down by her mother. She loved spoiling her animals like they were her children. Veronica was grateful for each day the Lord blessed her with. She will be deeply missed by her family, friends and all who knew her.

To order memorial trees or send flowers to the family in memory of Veronica Napier, please visit our flower store.