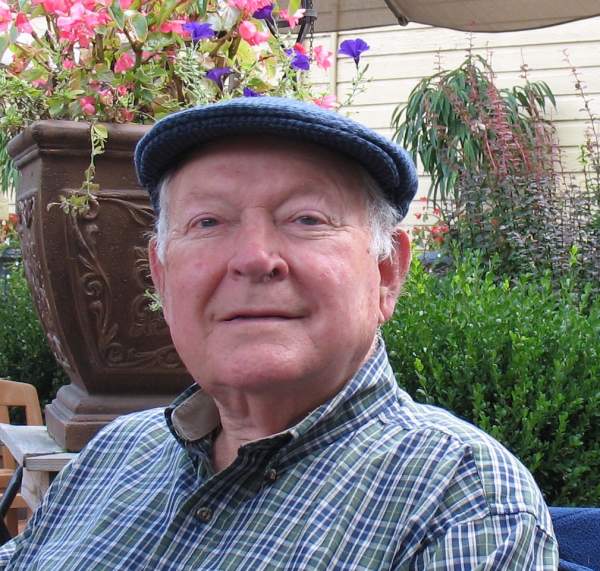 Bill, as he was known to family and friends, was born the oldest of three children in Scott City, KS on November 27, 1931, to Hazel Marie Smith (née Whiting) and Roscoe Claude Smith. He grew up during the Great Depression of the 1930s, and his early life was spent in the heart of the Dust Bowl. In 1937, the family moved to Abilene, KS. There, Bill had many part-time jobs, including a paper route and a job as a soda jerk. In 1947, when he was a junior in high school, the family moved to Hiawatha, KS. In Hiawatha, he was brought aboard his father's car dealership where he worked as a bookkeeper and part-time salesman. At school, he marched in the band, played center on his high school football team, and was elected senior class president. In 1949, Bill enrolled as a freshman at the University of Kansas where he was a member of the Lambda Chi Alpha fraternity and majored in Business Administration.

After graduating a semester early from KU in 1953, Bill joined the Navy. He was accepted into Officer Candidate School in Newport, RI, after which, he attended Combat Information Center School in Glenview, Illinois. In 1954, with his certification as a CIC officer, he reported to the U.S.S. Radford, an Escort Destroyer based out of Pearl Harbor. He spent the next two and a half years aboard ship, operating out of Pearl Harbor and with the Seventh Fleet in the Western Pacific. His tour took him to Japan, the Strait of Formosa, Hong Kong, and the Philippines. It was ironic that, throughout his years aboard ship serving to defend his country, he also waged a private war against a debilitating case of seasickness. He often laughed about this in later years.

In 1956, Bill entered Law School at the University of Wisconsin-Madison where he worked as a teaching assistant and served as managing editor of the Wisconsin Law Review. He was 25 years old. While in law school, Bill's mother suggested he call up a graduate student named Paula Jo Barner, the niece of a friend of hers, and ask her out on a date. Like the openminded son that he was, Bill called her up. The next year, he and Paula were married.

In June of 1959, Bill graduated from law school just in time for the birth of their first daughter, Shelley. That same year, the family moved to Wichita, KS where he'd been offered a position with the law firm of Hershberger, Patterson, Jones, and Roth. In August of 1963, their second daughter, Valerie, arrived. In March of 1970, the birth of their son Ashley completed the family circle.

In the early 70's, Bill and Paula got interested in horses. In 1974, they purchased a piece of tallgrass prairie east of Wichita. During that winter, the two of them built a six-stall pole barn by hand for their horses, with no electricity to power their tools. The following year, their new house was built on the property, and the family spent their first night at Willow Wood Farm on Christmas Eve, 1975.

Throughout the course of the next twenty-three years, while continuing to practice law with the same firm, Bill engaged in several extracurricular passions. Having always been an avid sailor and fisherman, he loved spending summer vacations with the family in Cross Lake, MN. He also enjoyed backpacking through the Colorado Rockies and making fishing excursions to remote parts of Canada. Pleasure travel was another passion of Bill's. He enjoyed family trips to the UK, Western Europe, and the Caribbean.

In 1998, Bill retired from his position as one of his firm's senior partners. He spent the next several years volunteering with Legal Aid and mentoring young attorneys just starting their careers in Wichita. In retirement, he continued to travel throughout Europe with his wife, and with his brother, Steve, and his sister, Sue. He even made it back to Hawaii to revisit his old Navy haunts. He especially loved visiting and receiving visits from his three children, his seven grandchildren-with whom he loved to play games-and his two great grandchildren. Inspired by his travels at home and abroad, he took up winemaking, growing his own grapes and bottling his own wine. While he was the first to admit his product was not top-shelf, he enjoyed tinkering with the process.

Bill lived a vital and active life right up to the end-tending his salsa garden, working on his grapevines, reading the latest John Grisham novel, and playing online puzzle and word games with his children.

The family will not be holding a funeral but will, instead, organize a celebratory memorial gathering later in the year. In lieu of flowers, donations may be made in Bill's name to the Wichita Children's Home and the Tunnel to Towers Foundation.

To order memorial trees or send flowers to the family in memory of William Smith, please visit our flower store.